Productive spring cleaning during the first phase of MCO in April 2020 has allowed for the discovery of decade old photos of our Founder and Managing Director Mr. Tan Sin Su at various Intellectual Property events in Malaysia from the years 2001 and 2005. 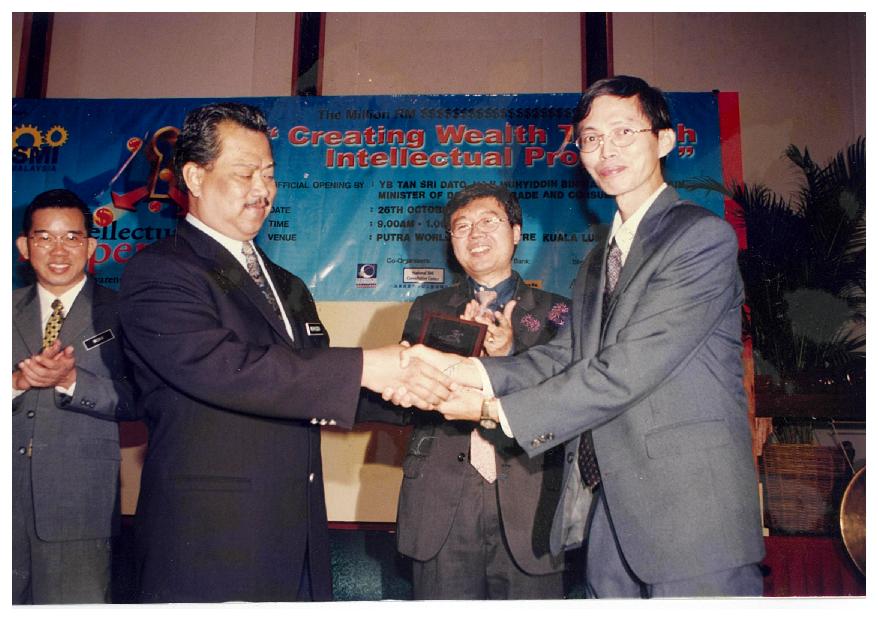 In these set of photos, our founder and Managing Director Mr. Tan Sin Su is pictured at the Intellectual Property Awareness Campaign event in 2001 with Malaysia’s current Prime Minister Tan Sri Muhyiddin Yassin. The current Prime Minister was the Minister of Domestic Trade and Consumer Affairs (MDTCA). Pictured is also Datuk Wong Kam Hoong (far left), the Parliamentary Secretary of MDTCA at the time. The Malaysian Intellectual Property Office was an agency under MDTCA 19 years ago, and still is to this day.

We hope you enjoyed taking a trip down the memory lane with Quality Oracle as much as Mr. Tan enjoyed telling stories through these decade old photos!